The Catholic Athletic League’s State Cross Country Meet was held at Slater Park in Pawtucket, RI on Wednesday, October 13th. Runners from 25 schools across the state came to represent their schools in a 1.85-mile race. Our Lady of Mercy’s boys’ team finished as this year’s Southern Division Champions and placed third in Wednesday’s meet. Jack Sullivan placed number 13 out of 177 runners. The OLM boys’ team was a strong presence. The girls’ team for OLM was runner up for the Southern Division and placed 3rd in the State meet. Led by Natalie Ringler who placed 9th out of 159 runners, the girls proved to be strong contenders in their group.

One of the cross country coaches, Rosa Ciunci, told families it was “a perfect way to end such a great season, a season that brought so much growth and sense of community to all of our runners.” 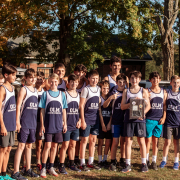 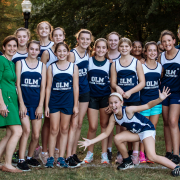 Blessing of Animals at Our Lady of Mercy School

Colorthon 2021 Proves To Be Most Successful Yet!
Scroll to top