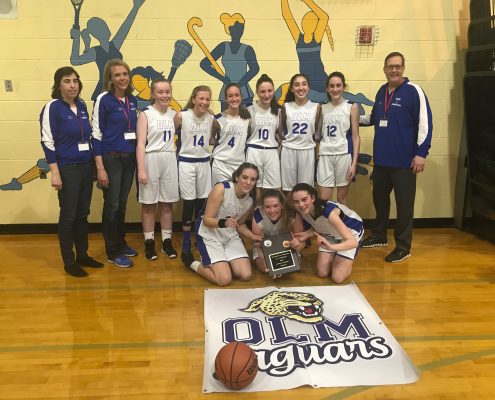 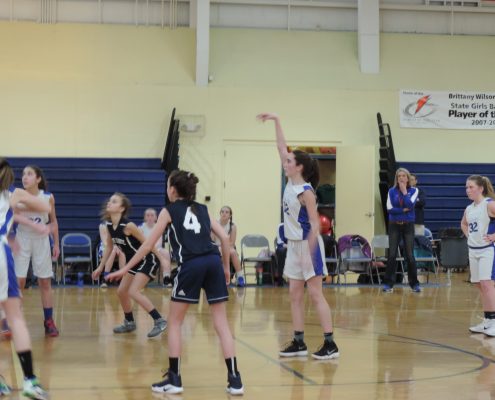 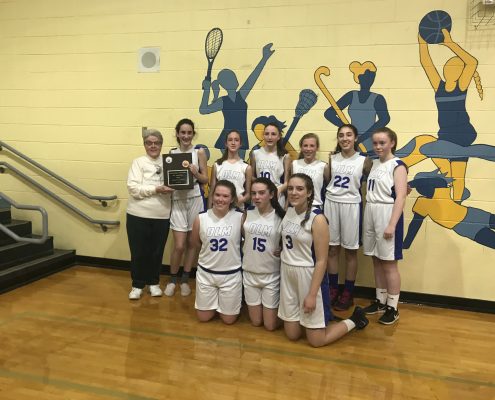 The OLM Girls’ 7th/8th Grade School Team completed its undefeated season with a 25-14 win over Monsignor Clarke School in the Catholic Athletic League (CAL) State Championship on Saturday, March 24 at St. Mary’s Academy BayView.  The OLM Jaguars finished the year a perfect 14-0 and earned their second consecutive state title, with last year’s 5th/6th grade parish team winning the D1 Parish Division.  The game was a defensive battle at both ends of the floor.  OLM led most of the way, but Monsignor Clark did not give up, pulling within six with just five minutes remaining in the game. OLM’s leading scorer was seventh grader Meghan Pagliaro (East Greenwich), who chipped in 17 in the victory.  As the team only loses three players to graduation, they will be looking to remain in contention for CAL state honors again next season.  OLM earned its spot in the championship after a 12-0 regular season and a semifinal win over Immaculate Conception (Cranston) last Saturday, March 17 while Monsignor Clarke earned its spot with a semifinal victory over Blessed Sacrament.