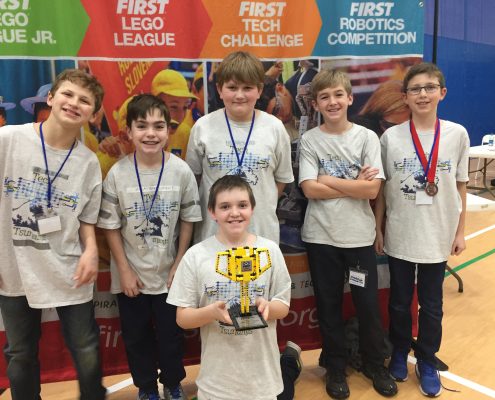 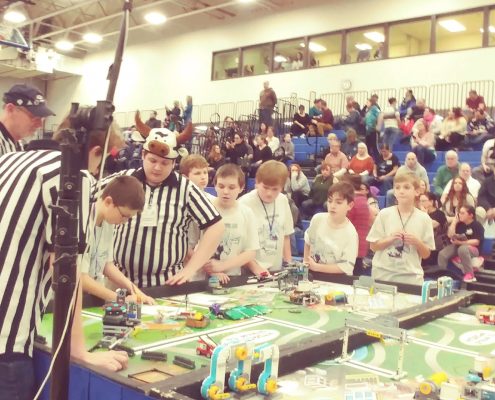 The OLM Robotics Team, “Team Tech Tsunami” won First Place in Programming at the First Lego League Championships on Saturday, January 13 at Roger Williams University.   The team has been working after school since September to program and design a robot which would solve a problem in the human water cycle. According to OLM Coach and Computer Science and Engineering Teacher Bea Lukens, “They have met with experts, built prototypes, and best of all honed their programming skills to be named top in the state in programming!” In December, the team from OLM won First Place in Robot Performance and was the Overall Champion in one of the four regional qualifiers to advance to the State Championships.  Since qualifying, the team  has been putting in extra time and effort towards improving their prototype for a residential septic filter that would save a homeowner 167,000 gallons of water a year!  It would filter septic water to be used to water lawns through an underground sprinkler system. They also worked after school every day to program their robot to complete the missions on the game table, many times through a working dinner. After the State Championship, Mrs. Lukens stated, “All of this was well worth it as the team took home the top trophy in Programming in the State of Rhode Island! Be sure to look for these future engineers in the years to come!”