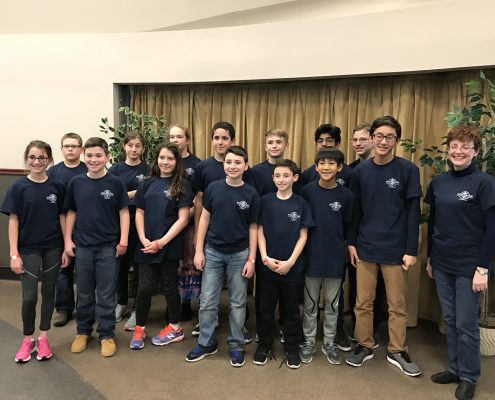 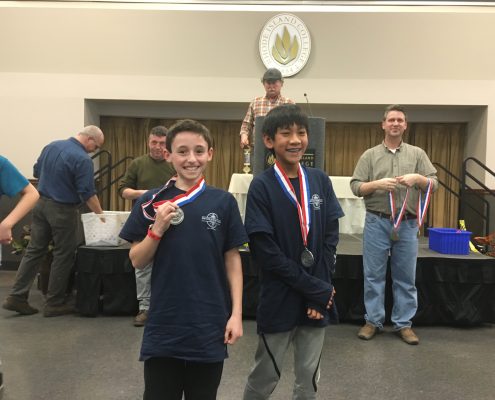 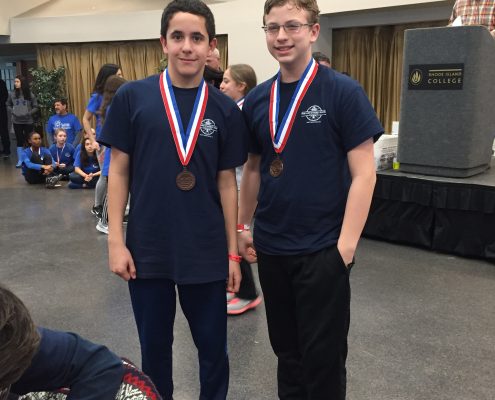 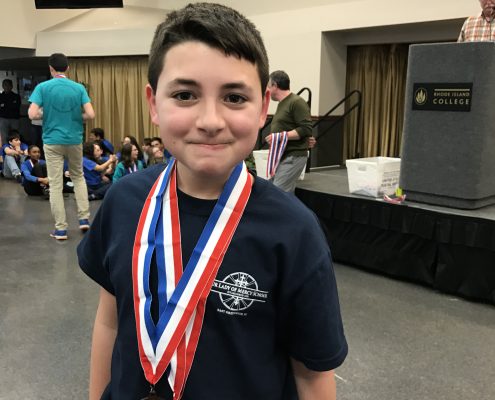 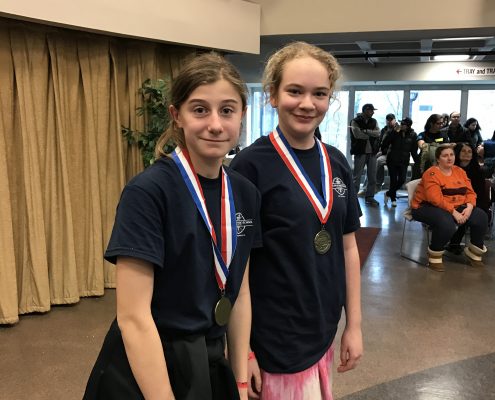 Our Lady of Mercy School’s Science Olympiad Team, made up of 19 6th, 7th, and 8th graders, earned five medals including two gold in the middle school division at the RI State Science Olympiad Competition at Rhode Island College on Saturday, April 1. Out of 24 teams, OLM finished in the top 10 or higher in 14 of the 22 events. Points are awarded based on the teams’ finish in each event. The team finished ninth out of 24 teams.