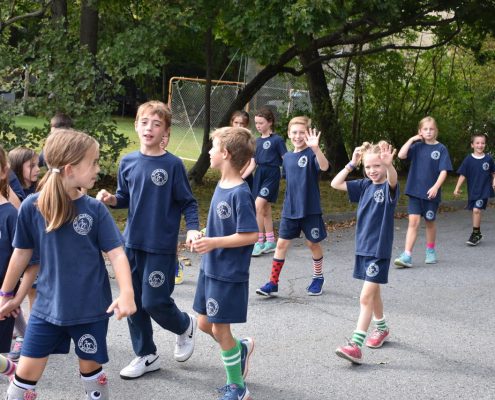 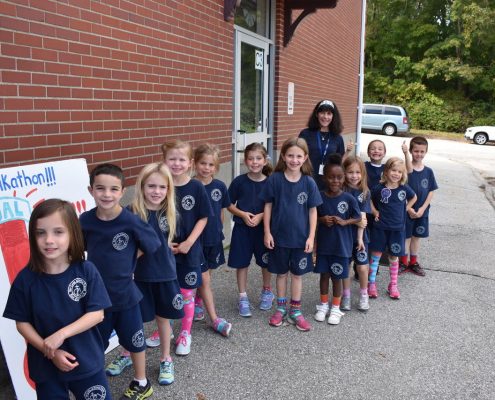 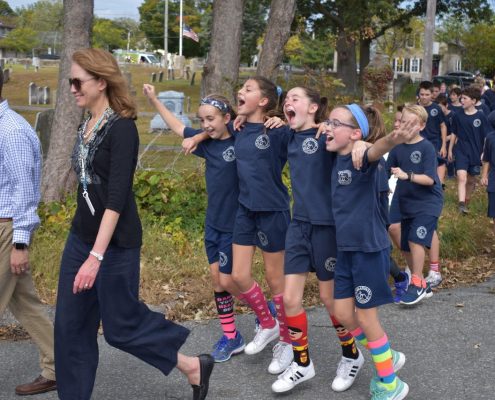 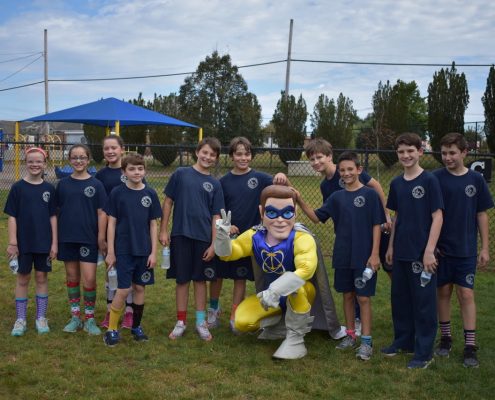 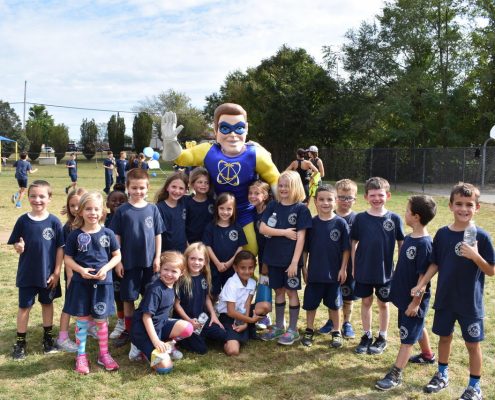 FUNDS USED FOR PROJECTS LIKE TECHNOLOGY ADVANCEMENTS THROUGHOUT THE SCHOOL

The Annual OLM School Walkathon, which was held on Thursday, October 5, raised a record of over $15,000, which will be used towards special projects throughout the school.  Students in Grades Pre-K through 2 walked just under a mile around the immediate church/school property while the older students did a two mile route through the surrounding neighborhood.  Students collected pledges from family and friends, with prizes being awarded to the top pledge-earners in each grade.

Before and after the walk, students, parents and faculty were treated to high fives from “Hope Man”,  Rhode Island’s own Super Hero who visits schools, hospitals and charity events, spreading a message of hope throughout the state.  Created by attorney Kevin Murphy and his brothers Jay, Bryan and Daniel, all OLM families, Hope Man represents an organization called Hope Actions, which has produced comic books, a YouTube web series and the Super Hero’s costume itself.  For more information on Hope Man, visit  www.hopeactions.org.

Funds raised each year by the OLM PTG, from events like the Walkathon and the annual Spring Fling Auction, are used for various enrichment opportunities like Field Trips, Google Chrome Books and technology enhancements, the Art Masters Program, robotics, CAL sports and more.